Happy New Month to y’all. Decided to start November off with a review. this style of review will be a bit different from the ones I post here mainly because I wrote this for a company I review for professionally.

Secondly, before we go on… I’d like to state where I stand about this book and the controversies surrounding it.

EDNA O’BRIEN had no business telling this story. The manner with which she started this book and the right she thought she had to telling a story that isn’t hers to tell was all wrong and had “WHITE SAVIOUR COMPLEX” written all over it. I started getting pissed from the very first chapter and the only reason I did not DNF it was because I needed to writ and submit a review on it for publication.

1). I’m Nigerian (hopefully will visit home this December) and because I am Nigerian and this story is mine, I know all about it firsthand and can easily pick up the loopholes, was why I was able to note how wrong this story is. But that is not why I have an issue with it.

2) Clearly, to write the stories of a nation and a people far from your own, particularly when the contours follow those of a real-life abduction, those of the Chibok schoolgirls in 2014, it is considered taking an ethnic minority’s trauma and exploiting it for sensational effect.

Everybody should know about CULTURAL APPROPRIATION and the need to stop propagating WHITE SAVOURISM by now.

but all that aside, I tried to read and review justly as I do all books.

Girl , Edna O’Brien’s hotly anticipated new novel, envisages the lives of the Boko Haram girls in a masterpiece of violence and tenderness.

I was a girl once, but not anymore.

So begins Girl, Edna O’Brien’s harrowing portrayal of the young women abducted by Boko Haram. Set in the deep countryside of northeast Nigeria, this is a brutal story of incarceration, horror, and hunger; a hair-raising escape into the manifold terrors of the forest; and a descent into the labyrinthine bureaucracy and hostility awaiting a victim who returns home with a child blighted by enemy blood. From one of the century’s greatest living authors, Girl is an unforgettable story of one victim’s astonishing survival, and her unflinching faith in the redemption of the human heart. – EDNA O’BRIEN.

I WAS A GIRL ONCE, but not any more. I smell. Blood dried and crusted all over me, and my wrapper in shreds. My insides, a morass. Hurtled through this forest that I saw, that first awful night, when I and my friends were snatched from the school.

The sudden pah-pah of gunshot in our dormitory and men, their faces covered, eyes glaring, saying they are the military come to protect us, as there is an insurrection in the town. We are afraid, but we believe them. Girls staggered out of bed and others came in from the veranda, where they had been sleeping because it was a warm, clammy night.

The moment we heard Allahu Akbar, Allahu Akbar, we knew. They had stolen our soldiers’ uniforms to get past security. They pelted questions at us – Where is the boys’ school, Where is the cement kept, Where are the storage rooms. When we told them we did not know, they went crazy. Then, some others ran in to say they could not find any spare parts or petrol in the sheds, which led to argument.

They could not go back empty-handed or their commander would be furious. Then, amid the clamour, one of them with a grin said, ‘Girls will do,’ and so we heard an order for more trucks to be despatched. One girl took out her cell phone to call her mother, but it was instantly snapped from her. She began to cry, others began to cry, pleading to be let home. One went on her knees saying ‘Mister, Mister,’ which enraged him, so that he began cursing and taunting us, calling us names, saying we were sluts, prostitutes, that we should be married and soon we would….

Edna O’Brien’s troubling  nineteenth new novel, was written after she travelled to Nigeria in her 80s to speak to girls who had been kidnapped by the jihadist group Boko Haram. It depicts the trauma which some Nigerian schoolgirls faced when captured by the Extremist Book Haram militants. This heartbreaking account of this young girl’s abduction and journey to freedom is nothing short of brutal and Devastatingly beautiful

Girl is narrated by Maryam, a young Nigerian schoolgirl, who was abducted, abused and married off into the Book Haram group.  Maryam whom we will follow through her abduction, experiences and its aftermath. During her time living as a prisoner in this extremely violent patriarchal camp,  she’s given as a prize to a soldier, Mahmoud, whom she ended up being pregnant for and bears his baby. O’Brien brilliantly captured the fast-moving action: The first few pages take us from her abduction, rape, abuse and arranged marriage, down to her pregnancy, to Mahmoud returning from a battle with his leg half-blown off, getting a little glimpse into whatever life Mahmoud had before joining the group and to the point he shows her where he’s been stashing money  made from war and telling her to take it just in case In an anger inducing sense of helplessness this Author instils in the reader.

O’Brien articulately captured the compelling story of how  Maryam, her baby and another young girl Buki escapes the Islamic group during a chaotic fallout of an attack carried out by the Nigerian Army and set out to the forest in the hope of finding and being reunited with their families. During her time engulfed in the immense forest in the north-east Nigeria, Maryam witnesses horrors that no young girl should ever have to imagine. The vague memory of home slowly becomes a figment of her imagination, and the hopes of being reunited and accepted by her family may never become a reality.

As Maryam wanders, she becomes a kind of sounding board for other survivors and their stories, she navigates a helliscape of unthinkable atrocities in which fear of reprisals and consequences makes people unwilling to help.  And When she is eventually reunited with her family, it felt like she has swapped one prison for another; she’s accused of having inflicted her suffering on herself and her baby is taken away and she is beaten.

O’Brien doesn’t spare our sensitivities –  In the opening pages , a gang rape was featured, followed by a mass live burial and public shaming and stoning of women – but describes the horror with eerie calm. The delicate and tender manner in which the subject matter is captured and handled is the result of an extensive amount of research and understanding, which has taken O’Brien many trips and years of study to gain this level of authentic insight.

The focus of the narration is not only on the cruelty that the kidnapped girls have to endure, but also on the failure of their family and society to find a fitting or humane response to these experiences. Her shifting of reality and dream, as well as splicing of time creates such a lyrical and ultimately thoughtful depiction of the effects of the horrors these girls endured.

O’Brien uses a technique of seeming to describe an actual nightmare that unnoticeably developes into a lived experience to capture the horror of the story. This seemed like an unfamiliar and absolutely fitting literary device to me.

Although this is a challenging novel in several senses, couple with concern of the choice of subject matter and question of  cultural appropriation and whether or not a story of this depth told  by an outsider would be considered taking an ethnic minority’s trauma and exploiting it for sensational effect:  This is a thoroughly enjoyable book. The politically-sensitive topic was handled with care throughout and done so in a way that would have you believing you were reading the memoirs of this young girl. The theme of vulnerability shone through and the outcome was inspirational, if a tad idealistic.  It is very well written BUT MAYBE NOT WELL researched.

ALL WRITTEN ABOVE ARE JUST MINE AND MINE ALONE VIEW.

it’s okay if you feel differently but I’d love to here all about your take on it down in the comment section.

Thanks for stopping by and reading 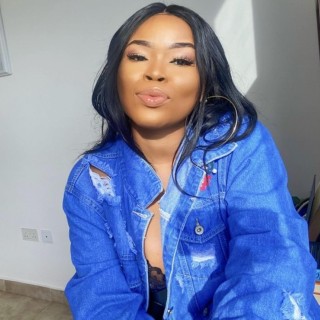